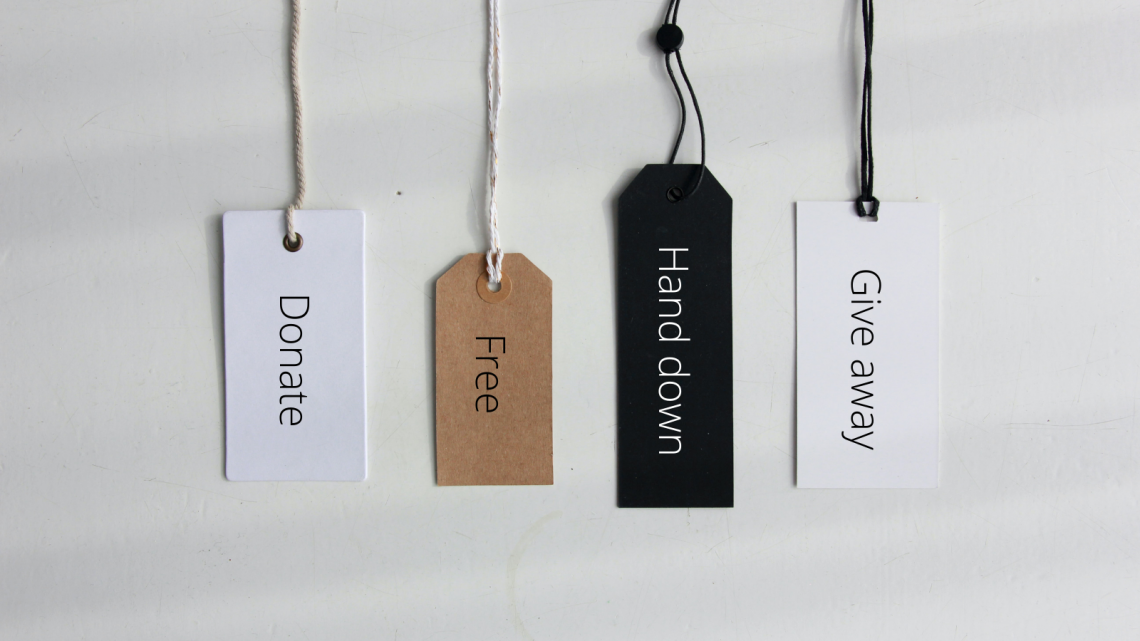 I have decluttered thousands of items from my home over the last few years. I can count the number of items I sold on one hand. Selling things is not my go-to method of getting rid of my excess stuff and I don’t think it should be yours either.

When I started decluttering, the first thing to go was my Nintendo Wii. It had been sitting there, still in its box from when we’d moved into the house ­- two years ago! I loved that Wii; I managed to complete an entire 12-week fitness programme on that thing (something I’d never done before and haven’t managed since). But my life had changed, so it just sat there.

Just because I didn’t use it, didn’t mean I didn’t think about it. I’d catch a glimpse of the box under the coffee table and feel guilty – what a waste.

“Ick, I can’t be bothered with setting that up. All those cords.”

“Hmm, I should sell it. I’m never going to use it now, I can get some of the money back.”

“Right, I’m going to sell it. Better set it up to check it’s all there.”

“Ick, I can’t be bothering setting that up now, all those cords. I’ll do it later.”

On 1 June 2015 I decided I was going to get serious about decluttering. I was playing the 30-Day Minimalism Game. I chose the Wii as the first thing to go because I wanted to stop feeling guilty about it. I listed it for free on a local Facebook group. It was gone by the end of the day.

I got a huge response to the post. People offered me money for it. I briefly questioned if giving it away and foregoing cash was the right decision, but I stuck to my plan. As I continued to declutter, the value of that decision not to sell the Wii (or anything else) was reaffirmed.

Three practical reasons not to sell your stuff

If you want to declutter, there are three practical reasons why you shouldn’t sell your excess stuff:

One fundamental reason you shouldn’t sell your stuff

If you are really serious about making a change – there’s another reason you I don’t recommend that you sell your stuff. It’s about mindset.

The problem with selling your stuff is that in doing so you adopt the mindset that your excess stuff is money, just currently in a different form. As long as you associate getting rid of excess stuff with wasting money, its going to hamstring your decluttering. No one likes to deliberately waste money. That’s why, if you want to make a real change, you need to flip your thinking and adopt a new mindset.

You waste your money when you buy an item, not when you get rid of it

This shift in mindset is life-changing. It has allowed me to let go of thousands of items with ease. But the value of this mindset doesn’t stop at decluttering. The real power of flipping your thinking like this is that it makes you more intentional in your purchases.

If you look at a pile of your excess stuff and think, “What a waste of money”, then you need to start bringing that thinking into every purchase that you make. This is when waste is created, at the time of purchase.

Adopting this mindset will get you further along the path to minimalism and financial freedom than getting $500 for your excess stuff. Give it a try.

Does not wanting to waste money prevent you from getting rid of stuff?

Still set on selling your stuff? Check out my post on how to sell your stuff without losing your mind.

Help! I’m hoarding for the environment

Looking back and heading forward – #minsgame 2

3 Things To Do When You Feel Overwhelmed By Life

How to sell your stuff (without losing your mind)