My decluttering journey began 18 months ago – a kitchen drawer, then the linen cupboard, before diving into my first go at the Minimalism Game. I’ve gone through my whole house at least once, twice for some areas, but I’m not finished yet. I notice the benefits on a daily basis. My mission this year is to tackle my last sticky trouble spots. I figure I still have at least 2017 excess belongings, there’s only one way to find out …

2017 things in 2017 didn’t just spring into my head, it’s a challenge run by Nourishing Minimalism. I’ve signed up and downloaded the tally chart with 2017 squares I will mark off as I go to track my progress.

My progress so far in the 2017 in 2017 decluttering challenge – the page is double sided!

I’m an obliger, in a nutshell, I’m motivated by external accountability. If I make a commitment to others I am more likely to follow through than if I just make a resolution to myself. As well as sharing my intentions here with you, I’ve joined the Nourishing Minimalism Yearly Decluttering Challenge Group, which is full of other people aiming for the same goal. I’ll share some progress updates here throughout the year.

Month on, month off

To me, the purpose of minimalism is to elevate your thinking, living and being beyond stuff – freeing yourself from the burden of stuff. One thing I learnt from playing the Minimalism Game is that decluttering can get in the way of achieving what draws me to minimalism. Yes, you read that right. When engaged in intensive decluttering, I think about stuff ALL THE TIME. I feel the weight of my stuff more than ever. I also know that if I ignore it, my stuff will never go away, it will just grow.

For this reason, to complete the 2017 in 2017 challenge, I plan to focus on decluttering on and off. Rather than daily or weekly targets, I am going to set targets for every two months. With this approach, I hope to keep decluttering on my agenda, without it becoming a constant preoccupation. The target of 2017 in 2017 is fixed, but I can follow my whims as to how I achieve it.

Use it with other challenges

I’m not ruling out another round of playing the Minimalism Game, especially if I need to catch up. Although, I might reverse it and start by decluttering 31 things on day 1. I’ve enrolled in A Simple Year this year and the focus for January is decluttering with Brooke McAlary – no doubt something will be sparked from that. I’ve also seen teasers for the #Unclutter2017 programme from Midlands Minimalist, which is bound to be good.

What are your decluttering goals for 2017? How do you plan to make them happen? 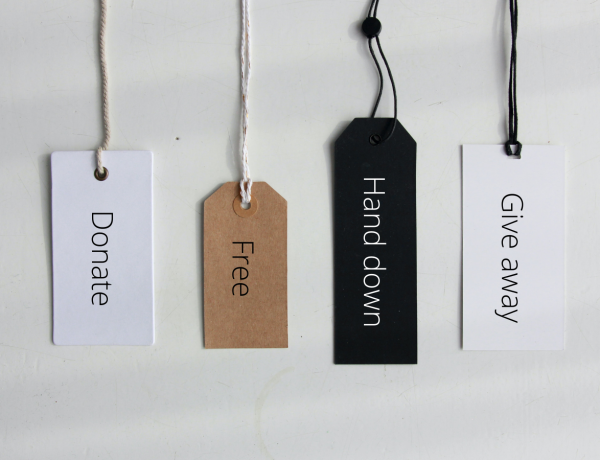 How to kickstart your clean out

The downside of decluttering