I’ve got 46 minutes before it’s time for school pick-up. Before I head out the door, let’s see what I can tell you about what’s going on for me right now.

This month was a bit of a milestone. I got my first gig consulting in the not-for-profit sector. This was a milestone in two ways:

In a nutshell, I was throwing a thank you morning tea for some volunteers. I had dreams of creating lovely homemade delights to express my gratitude. As the day approached, the dream turned into a nightmare. I’d picked up the consulting work and everything was happening at once. I went to the supermarket with plans to make an elaborate celebration cake, came to my senses and ended up buying some pre-made cakes instead.

Feeling squeezed, I almost forgot everything I’ve learnt about simple living. But, I managed to catch myself in the act of making my life more complicated than it needed to be and execute a quick save.

A couple of plastic wrapped cakes isn’t what you usually associate with #simpleliving, quite the opposite. But for me, they represent what it’s really all about:

Simple living is a tool to help you live a calmer, more meaningful life. It’s not a different kind of quest for perfection.

The morning tea was lovely, all the volunteers had a nice time, and Instagram was right – people really do love those supermarket mud cakes.

Summer has come early (I’m writing in front of the fan). Christmas music was playing in the supermarket this morning. I have a personal rule that the Christmas season doesn’t start until after my birthday in mid-December. I’ve had this rule since I was a little girl. Our tradition was to go and get a Christmas tree after we’d dropped all the kids home from my birthday party.

I’ve written previously about my approach to Christmas. If you are looking for ideas on how to keep things simple and meaningful at Christmas you might want to head over to the archives and check out: 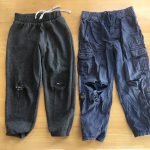 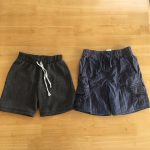 My dilemna is this – if I set up a new group and people who could afford to buy stuff, but don’t want to, ask for free stuff from others, am I stealing from poor people? I haven’t decided what to do yet. Would love to hear your perspective on this.

What have been your highlights this month? Are you looking forward to Christmas, or over it already? What about a Buy Nothing Group? Are you a member of one, or have any experience with them?

How to save time and energy using meal planning